Delivering drinks to your doorstep!

Among the various alcohols, rhum is considered to be the most adventurous.

Rhums are distilled and refined through various ways since there is no fixed regulation regarding its production process.

This does not only give distilleries plenty of freedom in terms of manufacturing, but also limitless ways for the drinkers to be creative with their mixes.

Tropical flavor mixes can be concocted during summertime, especially for parties held at the beach. Such events typically yield a fruity, citrusy, and even grassy taste and aroma.

On the other hand, cold weathered months will enjoy the mellow version of this spirit that has a musky aroma with cinnamon and caramel notes.

There are numerous versions regarding the origin of this all-around alcohol.

One origin story states that during the 1600s in a Caribbean island, a slave soaked a spoon into a tray. The train contained molasses that had been bathed under the sun for numerous weeks already.

And upon tasting the mixture, the slave tasted a very pleasant buzz in his system.

The landowners in the area have heard of the concoction and later on began distilling the alcohol through a much more advanced method.

These alcohols were eventually exported which was the start of an industry that lasted for centuries.

This specific version of the ancestry of rhums can be associated with the connotation of pirates (from the 1600s) to be extremely fond of rhum.

Due to the high demand and popularity of this alcoholic beverage, the British fleet eventually included this spirit as part of the daily ration.

As this alcoholic beverage travelled the seas through barter trade, it eventually graced the soils of Colonial America sometime between 1630 and 1660.

Eventually, the rhum rose in popularity to an extreme extent and became a very valuable commodity that it was utilized as a trading currency.

Rhum and molasses were for sale in exchange for service and other products.

This method of bartering was established and practiced between the citizens of the Caribbean islands, colonies, and Africa.

Unfortunately, this trading agreement was halted by the Sugar Act of 1764 despite the immense profit it has provided to the people.

Even though there is no universally practiced method of distilling rhum, the top two materials used as base are sugarcane and molasses.

If the base to be used is sugarcane, the stalks to be harvested should have a high level of sucrose content. In order to extract the juice, the stalks are pressed. Immediately after the extraction, the distillation process must begin if the base is made up of sugarcane juice.

On the other hand, molasses must first be concocted before integrated into the main process of creating the spirit. The juices from the sugarcanes are first boiled to separate the sugar. Afterwards, the sugar will be transferred to a different container for the crystallization process.

Once the molasses crystallized, it is then mixed with various sorts of yeast, distilled water, and various additional nutrients. The fermentation period of the solution lasts for three weeks. As the yeast and molasses combine, compounds called as “esters” are formed, which contributes to the additional flavor of the alcohol.

More often than not, the distillation process of rhum is done twice in copper pots or column stills. Afterwards, the mixture is aged together with different sort of alcohol from various batches.

Rhum is commonly aged with scotch, bourbon, and cognac for some added spice to the typical flavor of the drink.

Just like with any kind of alcohol, rhum also have varying kinds that elicit distinctive flavors and aroma. A few of them are listed above.

This type of rhum is often called as “white” or “silver” rhum due to its lack of color.

Its blending process (being done after the filtering) wiped out its natural colors, which make this one of the best options for mixing, since it also has a mellow aroma and flavor.

As made obvious by its name, Dark Rhums have a dark tint.

This kind of rhum is aged for quite a long time in charred casks.

Compared to the faint touch provided by the Light Rhums, Dark Rhums have a touch of smokiness and spices.

Recently, Dark Rhums have been utilized as a colorant for several cocktails.

Another common term for this rhum is “amber” rhum due to its light amber tint.

Similar to its color (which is in between dark and light), Gold Rhum is not as strong as Dark Rhum and not as mellow as Light rhums.

This subcategory hits the equilibrium of flavors among the various types of rhums.

Basically, Spiced Rhums are Gold Rhums mixed with aromatic and flavorful spices such as anise, pepper, cinnamon, and rosemary for an additional kick.

Among all the other categories of rhums, Sipping Rhums are handled and matured delicately by master blenders.

Rhum is definitely a versatile alcohol that can be a great liquor choice for any season of the year.

If you want to know what a good rhum tastes like, then check out our selection of the most exquisite rhums above. 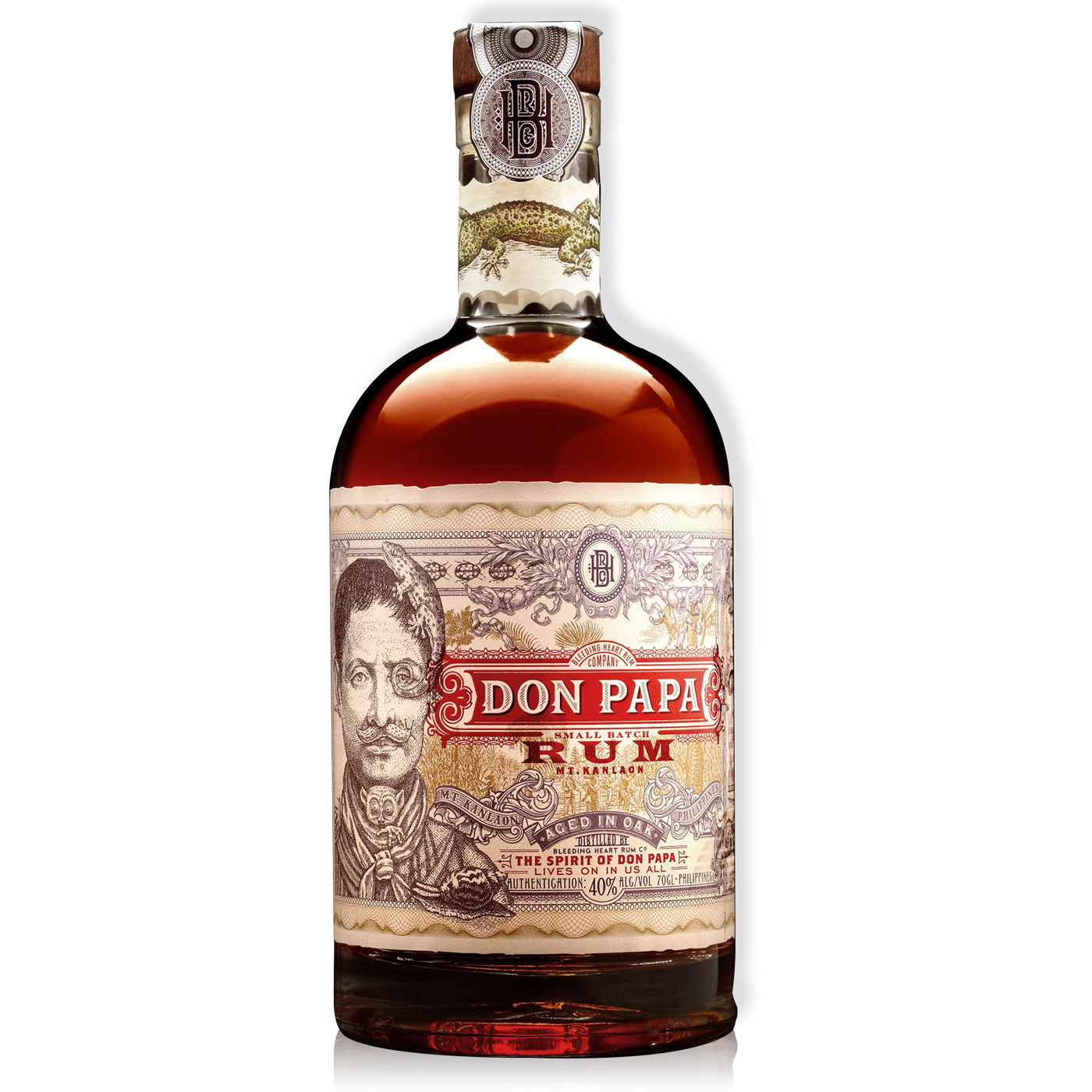